In the midst of all the other stuff I've been doing, I clean forgot to mention the awesome trip we had a few weeks ago. This year, the TW Away Day was at Ooty, and the resident hell-raiser, the good Mr. Narla suggested we ride there. Sure enough, in typical Narla style, he went ahead and made it happen. Come October, he had Royal Enfield lined up as sponsors for the trip, supplying us with six Thunderbirds. Apparently they consider it a rather long test ride which is a pretty cool point of view. Besides the six sponsored T-Birds, there was one custom T-Bird (the yellow one in the photos) and two Pulsars.

The fact that they were giving us T-Birds and not Electras worried me - I'd spent a couple of years traveling to college on my friend's T-Bird and I knew it was literally a pain in the ass for the guy on the pillion, which has next to no padding and transmits every bump on the road to the pillion rider's backside with loving attention to detail. This is made worse by the fact that the rider feels no bumps worth mentioning, and so cheerfully races over the worst roads without a care in the world.

Anyways, the Away Day was on the 27th and 28th (the last weekend of October). We left a day earlier on the 26th. Quick bullet point summary, and I'll let the pictures do the rest. You can also read Chris' far more detailed account here. 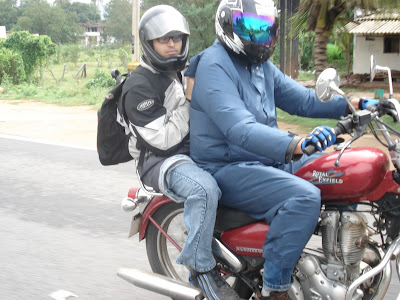 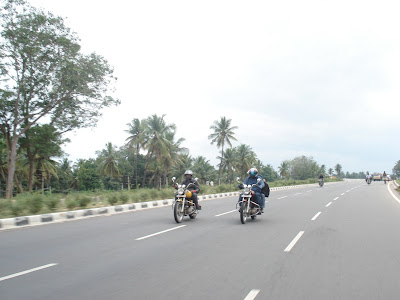 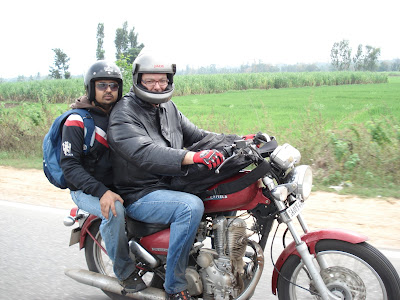 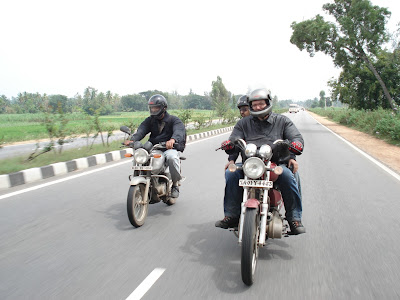 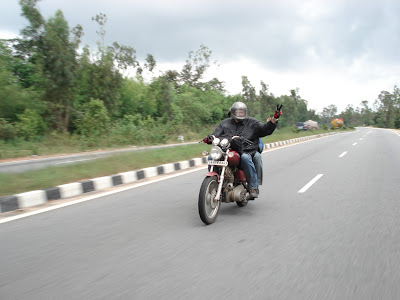 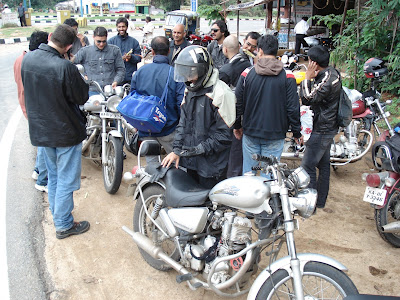 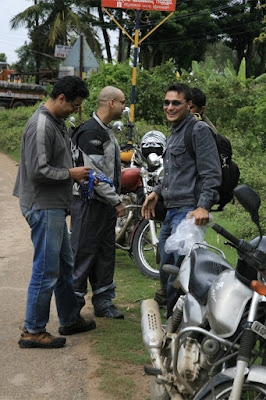 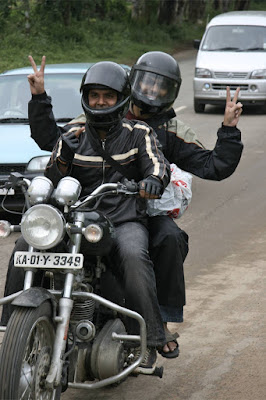 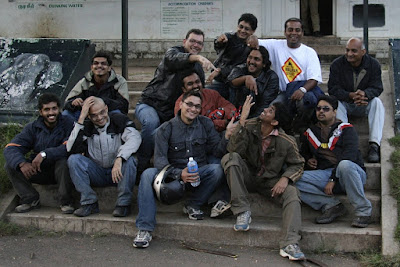 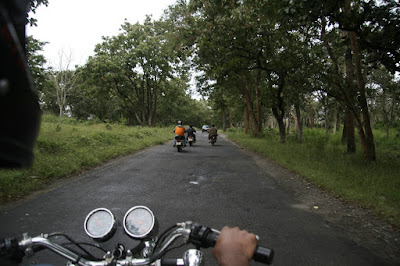 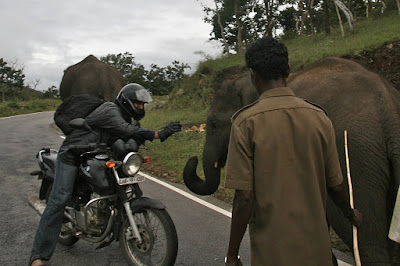 I am a Java developer and need a pointer...which book would you suggest to get an insights into modern web architectures? I saw many books, but they look boringly theoretical...I mean they'll talk in great detail about how the service locator pattern is wonderful etc...I want a book that gives practical advice like, 'OSCache is better in this scenario whereas you can use EHCache in that one'...or 'this is how orkut loads so fast with this kind of DB model'...I hope you are getting the point...

BTW, you can reply me at sumedh dot inamdar at cognizant dot com...

Sumedh, I personally haven't come across any books which provide what you're looking for except for the 'Recipes' variety (the only one I've used is 'Rails Recipes').
I'd suggest you look for this information by posting on mailing lists or IRC channels for open-source related questions.

Myself, I usually prefer to ask around among my colleagues in office. When I can't find someone in Bangalore to help me out, I post on internal TW mailing lists - usually someone, somewhere in TW has either worked with the technology in question or knows someone who has.

Internal developer lists are probably my single most valuable resource at the moment, and most organisations have one, so you should check it out.

If you ever come across such a book, please let me know... :)

I am Sonny, I sometimes lurk around your blog :). Can I get in touch with you regarding job opportunities at TW India?

I want to find out how the work done at TW India is different from other TW offices, and what life in general is like in Pune or Bangalore. Any help you can give is much appreciated.

My email address is sonny-dot-public-at-gmail-dot-com.

Ahh, brings back memories. Glad to see Royal Enfield still around and a strong contender in the ever crowded 2 wheeler market. I am surprised to learn that a company donated bikes for a private road-trip. It's a good marketing ploy and what better opportunity than to have ThoughtWorkers talk up your product.

So what happened to the bikes after the trip? Did any company reps conduct de-breifing sessions? Did you get to keep them?

Your bike ride to ooty is amazing. thanks for sharing your experience